CHARTERED FREEMEN & WOMEN OF THE CITY OF GLOUCESTER

Freemen of England and Wales 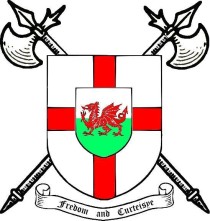 THE HISTORY, AIMS AND OBJECTIVES OF THE FREEMEN OF

( A )     The advance by search and publication, knowledge of the history

institution of the Freedom.

each of those several places in England and Wales being former

boroughs where that institution is to be found.

Freemen's roots go so far back into antiquity that they are not easily discernible, but their activities were founded in community  and usually confined to the town or city where they lived. The rights and traditionf of freemen are bound by Customary Law, which is as binding in our country today as any other form of Law. In earlier days, prior to the Reform Act of 1835, only those who had obtained the freedom of the 'Borough', could vote, only they could become equivalent of our councillors of today and inspire to become mayor and only they were free to practice a trade or craft in their town. On the other hand, there were definite obligations and responsibilities coupled with those priviledges, involving the day-to-day running of al the facilities and even the defence of their towns and cities, failure to meet those obligations met with severe penalties. Further, within their own craft or trade, the freeman was required by his peers to uphold the standards of craftsmanship and commerce.

In 1835, this time-honoured system of local government was dispensed with by the Reform Act and although the freedom since that date continued to be passed by inhertitance from father to son, or from freeman-master to apprentice, the freeman's role was no longer the essential thing that it once had been. In many towns and cities, indeed the custom of passing on the freedom ( as opposed to the granting of the honorary freedom ) declined and in some cases was abandoned. Once the chain was broken many considered the rights to the freedom were lost, for the freedom had to be handed on like the Olympic Torch from he who held it to him who was qualified to receive it.

Fortunately, the light was not extinguished, pride in tha ancient tradition of the freedom kept it burning. In some places it hung on with little more than a flicker, in others - as Mr Charles Sparrow QC, our Honorary Counsel, wrote in 1975 - " the freedom was kept gloriously alive, so that Chester, York, Newcastle-upon-Tyne, Oxford (and happily, a few other cities and towns ) shine out today like beacons".

It was in 1966 that the Association of Freemen of England was formed - a unique event, for the first time the freemen of the towns and cities throughout the country previously existed quite separately were brought together. Since that date, gilds have been revitialised and in some cases saved from probable extinction, the process continues today with places such as Bridgnorth in Shropshire re-forming its gild which has been defunct for years and the freemen of the City of Cardiff actively setting about re-establishing their gild. To assist such places, the Association has Legal Funds supported entirely by voluntary donations from members, whist the opinion and advice of our Honorary Counsel is frequently and generously given to those who are floundering amongst the tomes of Customary Law!. Meanwhile, those places in which the freedom has always waxed strong have become aware of rhe plight of those not equally blessed and have offered their own experience and advise to those who need it. The interest on other people's town, cities and gilds has spread throughout the membership of the Association.

A great dept of gratitude is owed to Mr Harry Ward, the founder President of the Freemen of England, who was the first to see the needs for such an orgainsation. As he wrote in his book 'Freemen in England' " the main object of those founding the Association was to encourage each place where freemen are admitted to reform a gild. Freemen should ensure that everyone entitled to freemanship is admitted and should assist those applying who have difficulty in progressing their claim".  Mr Ward a son of York and a past Master of the York Gild of Freemen, set out on a journey of faith when he conceived and formed the Freemen of England. He visited some 58 towns and cities where the freedom was either inactive or moribund, encouraging and exhorting them to guard their heritage.

In 1972, with the 1972 Local Government Act passing through its various stages at Westminster, the light of the freedom was once again in danger of being extinguished: no provision was made in that Act for the rights and the continuance of freemen.

It was only due to timely action by a small band of freemen led by Mr Harry Ward and Mr Charles Sparrow that this omission was rectified and the rights of the freedom preserved. But for their action, the light of the Freedom throughout this country with its great traditions of duty and family would have been extinguished - probably forever. The history of this momentous event is spelt out in Harry Ward's book 'Freemen in England'. Suffice it to say that much of 1972 was spent in meetings and correspondence between government officials on the hand and representatives of the Freemen of England on the other. In July 1972, the Minister of the Environment said " I learned a tremendous amount about freemen" and the offending Clause was removed from the Draft.

On 22nd September, the Parliamentary Secretary to the Department of the Environment removed the revised clause in the House of Lords ". . . . . . at the urgent wish of the nationwide body known as the Freemen of England". it was passed. On 26th October, the Queen approved the Act. If there was no other reason for freemen and their gilds to join with and strengthen the Association, this alone would more than suffice.

In today's society with its strong emphasis on things material and matters political, freemen are truly fortunate. Throughout the passage of freedom from hand to hand over the centuries, they are are granted a vivid awareness of the past of what is good and worthy of cherishing and that change is not necessarily progress. With this awareness also lives the increasing realisation of civic responsibility; no longer directly concerned with government, but deeply involved with the betterment of their town or city, the upholding of the mayor in his duties and the nurturing of those civic traditions which are so unique to this country of ours - the envy of so many!. The human chain of the Freedom in which each freeman and gild is a link, gives us all awareness of the Eternal and of eternal values and that in itself is a wonderful gift for which we are truly thankful to God.﻿